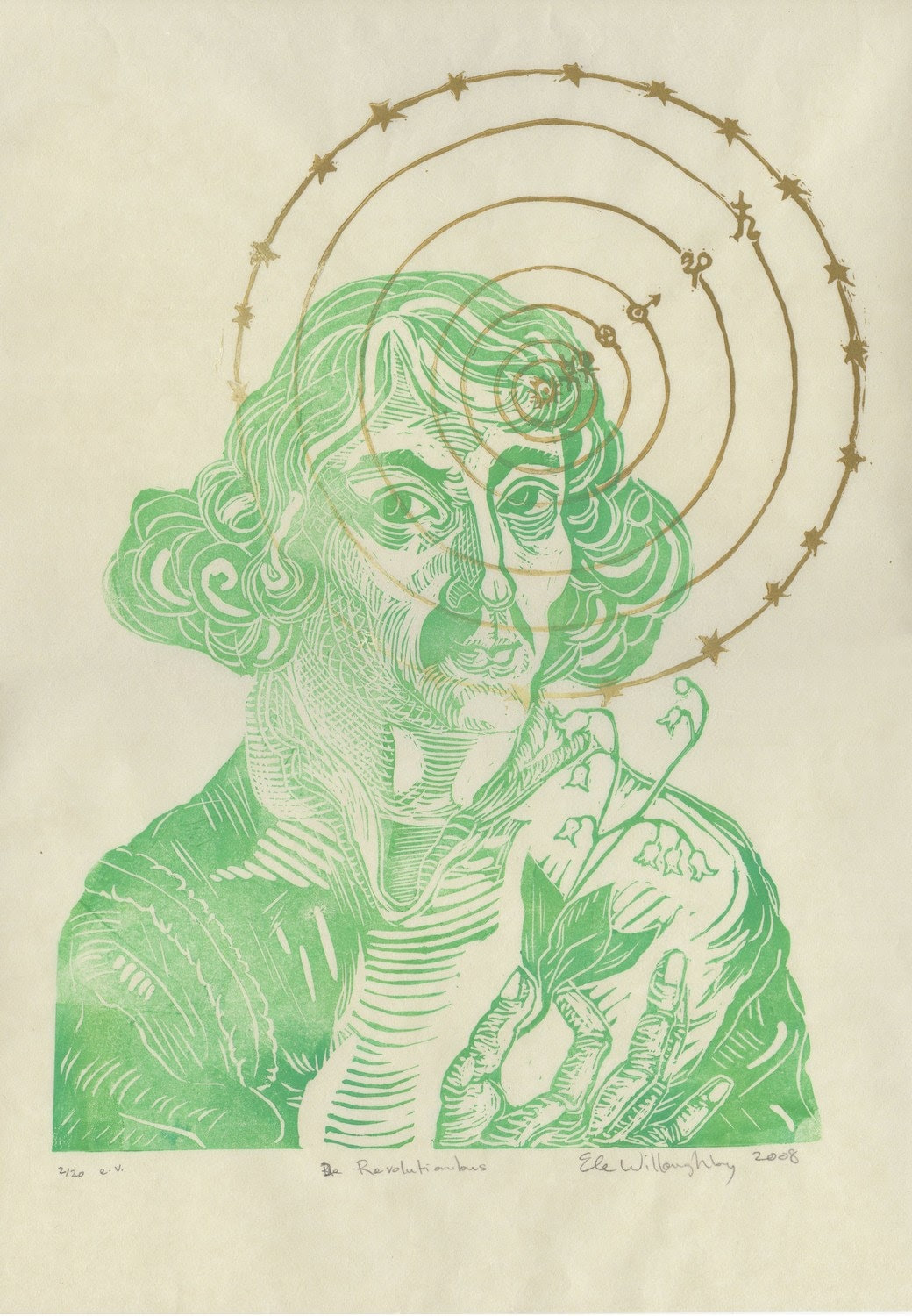 I read recently in the Globe and Mail that Nicolaus Copernicus was born on February 19, 1473, so I would like to wish him a happy birthday. He looks good for 539, no?

In case you were wondering:
This is an original 2 colour linoleum block print showing Copernicus and his model of the celestial spheres, or as we would say, the solar system. Copernicus is shown in green with a lily of the valley, the standard Renaissance symbol to indicate a medical doctor, since like most proto-scientists, or 'philosophers' (doctors of philosophy) he learned his astronomy incidentally, since astrology was considered a vital diagnostic tool for medicine. His planetary model is shown as he conceived it in gold. Using the ancient Greek and Roman symbols, the heliocentric solar system has the following planets: Mercury (the fleet-footed messenger with his serpents and staff, the caduceus), Venus (goddess of beauty - the mirror, like an ankh), Earth (4 cardinal directions), Mars (spear and shield), Jupiter (thunderbolt) and Saturn (the scythe of Time). The outer planets had yet to be discovered. Beyond Saturn, he envisioned the sphere of the "fixed stars".

Copernicus' great work, "De revolutionibus orbium coelestium libri sex" (or "Six Books on the Revolutions of the Heavenly Spheres"), commonly known as "De Revolutionibus" (or "On the Revolutions") was finally approved for publication as he lay on his death bed. Was this due to perfectionism, fears, or religious belief and the concerns that displacing the Earth from the centre of the universe might conflict with literal interpretations of the Bible - perhaps we will never know. But we do know that as a consequence of the publication of this provocative volume, the Western world experienced what is now known as the Copernican Revolution. This is a landmark in the history of science and culture.
Posted by minouette at 8:51 AM