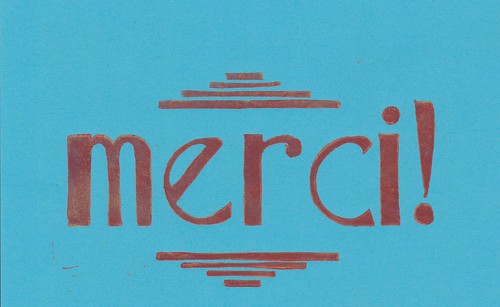 I do like to post thanks every time I reach a hearts milestone - or rather, reach a round number of favorites. Recently things from secret minouette places reached 2600! Since 2014 is nearing a close, I thought I would take the opportunity to everyone who has added my art to their favorites list including the 2607 Etsy shop admirers, 945 Etsy followers, 1115 twitter followers, 663 Facebook fans, and 3652 pinterest followers and of course each and every one of you who follow the blog! I really do have an obsession with appreciate the hearts and follows! Yesterday, I succumbed to the peer pressure and signed up for Instagram. So thanks also the the 68 people who followed the.minouette there too! I don't know what I'm doing there... but feel free to follow if you instagram (apparently, a verb).
Posted by minouette at 11:03 AM No comments: 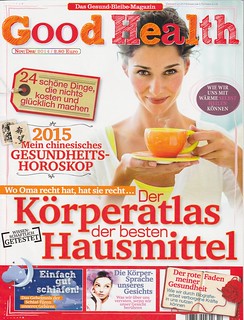 About a month ago, I was contacted about licensing my series of Chinese zodiac linocuts for publication in one, and the a second German language magazine. In the end, they only appeared in the second of the two: Good Health magazine. Despite the English title, the magazine, the magazine is all in German. It looks like an interesting mix: women's lifestyle mag, complete with health articles of a rather scientific bent, and other odd things, like well, a large Chinese zodiac spread. I love the illustrations where they've opted for art rather than photos. In addition to my linocuts, they've used the paper quilling anatomical illustrations of Sarah Yakawonis. They asked if they could add colour and they also have rearranged a few prints to suit their layout. It's hard to scan and show illustrations which straddle the gutter but let me show you what they printed!

Posted by minouette at 10:04 AM No comments:

One of a Kind Show


So, it's been a the better part of a week now, and I think I've recovered from my first One of a Kind Christmas Show and Sale. I did the last 6 days of the show, from December 2 to 7th. It was quite the experience and I learned a lot. There are very long days, from the first Tuesday, where vendors can set up their booths starting at 4 am for a 10 am start, then work through till 9 pm. The Thursday ran 10 am through 11 pm, though the other days ended at 9 pm (or 6 pm for the final Sunday... though that of course was followed by taking everything down... a long and arduous proceedure).

It was really interesting to be on the other side. I've only previously been a customer at the OOAK. I found the visitors were a bit different from other shows. They knew the regulars and often asked if I was a new vendor. I've never been asked about my education so frequently. They also wanted to know where I'm from, as many vendors travel great distances.

The bees, the maps of provinces and territories (surprisingly, Saskatchewan in particular, followed, less surprisingly, by Nova Scotia) and the raccoons were most popular. I was amazed that people only recognized the shape of Manitoba when it was placed between prints of Alberta and Ontario (as I hadn't framed Saskatchewan, the "easy to draw, hard to spell" rectangular province).

I got a lot of compliments and possitive feedback. People did appreciate the humour. It was fun to hear "High five!" frequently as people passed. One of the things I most appreciated was when people recognized the scientist portraits. People would like to see hedgehogs, an exultation of larks, a murder of crows, Mendel, coatis (!), flies, and any number of weird and wonderful creatures.

I was also really thrilled to see my raccoon as the image to represent the OOAK in the Globe and Mail's 5 Things for the weekend! I did resign to do the show again next year so I build on what I've learned.

Posted by minouette at 8:44 PM No comments: