I guess it's maps this week. I have a thing for maps and map art. I love subway maps. I love maps of imaginary places. Here is a twist: a set of subway maps of real places wherein there are are no subways. 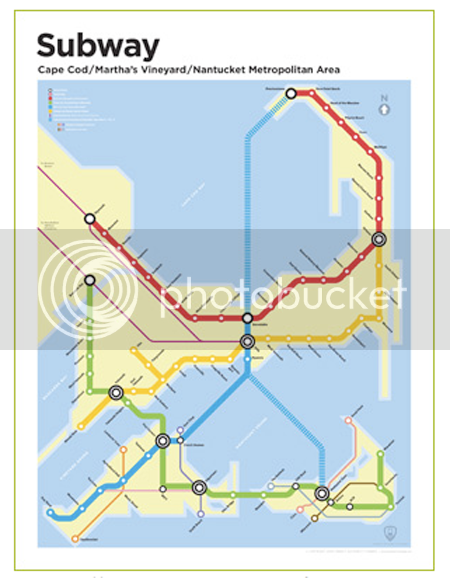 [by Transit Authority Figures via Apartment Therapy]
Oh! This would make getting to the Woods Hole Oceanographic Institute so much easier.

They have a few other maps for smallish places in New England. I don't know the area well enough to understand all the jokes (though I am pretty sure that say 'Landfill' and neighbouring 'Polo Grounds' and well as 'Malfunction Junction' stations in Machester, Vermont are jokes, and 'Kandahar' is well, saying something; likewise 'The Bath Tub' on the Cape). Though, having drive to and around Wood's Hole, I do know that some of the least probable names are in fact legitimate.
Posted by minouette at 12:42 PM