July
We had some of our first guests for Canada Day. I went to the Etsy meet-up and got featured in their video. I started a Western Zodiac linocut series, to go with the Chinese Zodiac series. I made a rock garden. I started a series of linocut monograms. I helped run a craft show for our team! Etsy featured my portrait of Mme. Wu in the blog 'Short Stories' series. Like the rest of the city, I was sickened to hear of the shooting on Danzig, but living with a journalist meant I learned about it earlier than many. We hosted the T.E.S.T. 3rd Annual "Spring" Handmade Market, complete with post-show cocktail party (where two mysterious strangers showed up and systematically ate all the cheese)! My shop reached 1500 hearts. I made a portrait of Turing, for his centennial year.

August
I got a summer cold and ear ache, but went to hear the Bloggess read, none the less. It was hilarious. I negotiated a magazine cover. We had a housewarming party. We made our vacation, driving through Ontario, the Adirondacks in NY, NH, Vermont and into Maine, then up to New Brunswick, to visit his family and old friends. While camping on Deer Island, by the shore, complete with tidal whirlpool and Minke whales by our campfire, we got engaged! We drove north to Quebec and back to Ontario, to stay with my family at my late step-mother's cottage (and announce our news). We were (happily) upstaged by my brother and his wife, who announced they are expecting their first child!

September
My portrait of Mme. Wu graced the cover of Physics World! I made a portrait of Hypatia, and sold art at the Queen West Art Crawl. RJH re-did the roof of the garage! My Shar-pei linocut was selected to be featured on an Animal Planet show! I attempted to plan our wedding on a very tight schedule, but had not luck. RJH and I explored the events of Nuit Blanche.

October
I started a series of linocuts of Canadian provinces and territories. I wrote about Lise Meitner for Ada Lovelace Day (celebrating women in STEM) and a California science blog QUEST wrote about me! The Finch and Pea wrote about my portrait of Mme. Wu. My attempts to plan the wedding continued to be foiled. I made more bees and my work will appear in a booklet on local bees (which will include profiles on the collection of local artists interested in the biodiversity of bees). I enjoyed my first Hallowe'en in a home of our own, and giving out candy to all the kids.

November
RJH got promoted! I redesigned my blogs and shop. I had an interesting and flattering business opportunity (still waiting to hear... fingers crossed... but will be flattered either way). I ran what I called 'Santa's little sweatshop' in preparation for the Holiday rush and plans for craft shows. I participated in a two-day Wandering Winter Craft Show at Magic Pony, while RJH edited photos live at the Grey Cup. I made a lot of pillows, several of whom are dinosaurs.

December
I did another Wandering Winter Craft Show at the Gladstone Hotel (while RJH dealt with the fall-out of the soon-to-be-famous sherling-coat-wearing Ikea-shopping monkey). Then I did the Movies And Makers show at the Fox Cinema. For the first time in years, I found myself mid-December with outstanding xmas shopping; for me, this is a calamity. I had previously, assiduously avoided entering stores in December, since I am both a bit claustrophobic and I found it effectively robbed me of any xmas spirit. I managed to finish shopping by the 20th, though (since, I must be in love, there is nothing else which could compel me to enter stores during the Holiday crunch) I did help RJH a bit after that. My laptop gave up altogether, and RJH surprised me with an early xmas gift - the MacBook Pro on which I am currently typing. I took on a custom order for three Classical themed prints on a tight deadline. We were really pleased to briefly host Lady R. & D and their tall and charming toddler E. We would hope they return and can stay longer in the future. I had a quiet Solstice at home with RJH. We spent xmas eve at my father's with his new girlfriend and her boys. We spent xmas at my mother's (after RJH got off work, having generously volunteered to work Christmas day). I had an enormous number of brunches. 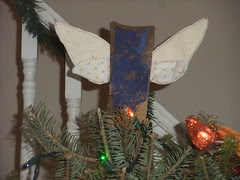 Overall this was a year of upheaval for me, and I experienced both some of the most difficult things and the most wonderful. My contract ended, and my daily work shifted dramatically from mostly applied science, to mostly art. I'm still trying to find the right niche: work which I love and can do here in Toronto, and from which I can make a good living. We lost my step-mother. We bought our first home, moved and dove into repairs and making it our own. I had some successes with my art, including a magazine cover, a TV appearance and another exciting opportunity. We got engaged to be married! My brother and his wife are expecting their first child - the first grandchild in my family. RJH got promoted. We spent our first Christmas in our own home. In my experience, most years have fewer milestones than 2012 did.

I hope in 2013, we'll have our wedding. I hope to make new steps in my career. I'm excited to meet my new niece or nephew. Most of all, I hope my love ones, friends and family, are happy and healthy, and I wish all the best to all of you.
Posted by minouette at 7:29 PM